Most online calculators including this one do not accurately calculate the jewish calender because their do not take into account correctlu the celestial event, speciallu the moon phases. For example, the converter claims that 30 CE is the year 3790 while in reality it is should be 4030... A serious error !

I explain. According to the Talmud [Sanhedrin 43a], Jesus of Nazareth would have left this world on "14 Nissan", the eve of Passover.
All the rabbis and even the Israeli Ministry of Education tell us that in the Hebrew calendar the biblical year 1 corresponds to the year 3761 before our era. In this case, the year 30 of our era corresponds to the year 3790 of the Hebrew calendar, that is to say 1471653 days after the Creation of the world (cf. also HebCal). The year 2000 corresponds to the Hebrew year 5760 (as also displayed by some online converters).
Biblical scholar and theologian James Barr (1924-2006) of Oxford University reminds us that Anglican Archbishop James Ussher (1581-1656) who followed the chronology that Genesis placed the date of the Passion and Resurrection in the year 4036 of the Hebrew calendar which corresponds to the year 33 of our era (which extends from October 32 to October 33 of our era).
However, the Ussher calendar and the traditional Jewish calendar do not correctly calculate the phases of the Moon. If we correct this approximation, the year 30 of our era of the Gregorian calendar corresponds to the year 4030 of the Hebrew calendar. Although the year 4030 is scientifically correct, the rabbis have always ignored it and referred to their tradition.
As seen on the left, the month of Nissan begins with the new Moon on Friday the 1st and ends on Saturday the 30th at sunset. The 14 Nissan 4030 or 1471937th day of Creation falls on a Thursday and corresponds to April 6, 30 of the Gregorian calendar (and April 8, 30 of the old Julian calendar) or 1732110.75 Julian days. For Christians, "Passover Sunday" corresponds to 17 Nissan of the year 4030 or 33 of our era.
Based on this lunar calendar, which is the only exact one, we deduce that Jesus died on Thursday 14 Nissan of the year 4030 around 3 p.m., that is April 6, 30 afternoon. He therefore did not take the paschal meal which could only be eaten on Thursday evening from sunset, that is to say at the beginning of the 15th Nissan.
If the death of Jesus in the year 30 is the most plausible year if we refer to the Hebrew calendar, on the other hand if we base ourselves on the seasons and the celebrations of the Judaic festivals described in the New Testament, the majority of specialists consider that the crucifixion did not take place in the year 30 but in the year 33. If the crucifixion took place on Thursday April 6, 30 of the Gregorian calendar, then all the ministry of Jesus must take place between the years 29- 30, which seems too short to explain the events. Not that Jesus could not have done a "marathon" ministry, but the details described by the apostles relating in particular to baptisms, seasons, harvests and feasts do not allow Jesus to be placed in all the places mentioned in the same year.
If we take the year 33 or 4033 of the Hebrew calendar, Jesus would have died on the cross on 14 Nissan or Friday April 3, 33, Passover falling the next day. But this date does not correspond with the "day of Preparation" which must fall on the eve of Passover; however the Bible tells us that it was also a sabbath and therefore a day off.
Moreover, since the Church traditionally refers to "Good Friday" in the year 30 as the day commemorating the crucifixion and death of Jesus and preceding "Easter Sunday", the year 33 was ignored. Be that as it may, it is an example where the Hebrew tradition is stronger than the Christian tradition and than science.

What are you talking about??? How are we off by 40 years? Please elaborate. 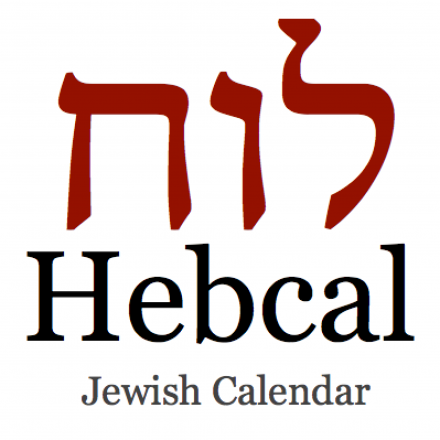